(Lyrics):
[Intro]
Well, we could be superstars (I gotta get this off my chest, you heard me?)
We been rather wreckin’ cars (Ayy, bro, is that Jambo?)
I forgive you for anything you do, but, bitch, if you tell on a nigga
What is at stakes for us? (I love y’all)
Kickin’ off power mirrors
You tore up out here, fuck you, yeah
Yeah, we could be superstars (But y’all don’t appreciate my presence, for real)
But I’m pretty sure our time is up
Ayy, when I put it on you lil’ partner, I should’ve spit on it when I finished, ya heard me?
And so we fell off the spinning tops
Don’t know, maybe for trial (ATL—)
Retarded, pussy lil’ bitch

[Verse]
If you my nigga, then I’m yo’ killer, nobody gon’ play with you when I’m with you
Yeah, I ain’t gon’ lie, since you left my side, got more security with you
You my lil’ son, yo’ neighborhood gated, my estate if you don’t remember
Slept on the floor and shared the space where I laid down to play with my children
And all of them bands, I’m playin’ with millions, but I can’t lie and say, “I don’t miss you”
You’re knowin’ the I’m Him album flopped, deep down inside got major resentment
Treated unfair when I went to prison, but I’m prepared to speak on the issue
Unresolved at family dinners, passin’ it from past experience
Media painted a narrative to all of the fans, a lot of the facts was missin’
Jay and Lee Lucas came to my aid when I got remanded, went back to prison
How do you explain when you and your spouse engaged in illegitimate businesses?
They was all happy when I was on drugs, but I sobered up, I’m payin’ attention
Shit on my name gave me a blemish, her mother done turned my lil’ ones against me
Bought her a truck when I was away and can’t explain the way I’m feelin’
Her and her son jumped my new wife and took her purse and won’t admit it
Personal trainer invaded my personal place, deep down inside it killed me
Her and this nigga that’s scheme me on some cake deep down inside to kill me
Criticize when I was fat, I developed some insecurities
Got on that Adderall, in the gym three times a day, how I got skinny
Got on that alcohol which kinda help me block out all my symptoms
Nobody notice it when I’m sufferin’, playin’ perfect while on Insta’
Tried to tell the world what I’m jugglin’, left subliminals on Twitter
Bito tried to tell me, “Just focus,” hold it together, but I’m sippin’ this
Brother lied to Moneybagg Yo, that’s still my brother, but we just distant
Always love when he be shinin’, remind me of Mazi when he glistenin’
And Boo Dirty kept it player, we fell out, and he forgive me
Curb Boy tried to warn me, swear to God, wish I’d listened
Jeff Perry, you know I’m sorry, you know I love you, I should’ve listened
Took the lick, made me feel guilty, I went back and tried to fix it
Still was playin’ on my lil’ temper tryna manipulate my mentals
I’m in the 70805 where I post up in the trenches
Told Lil Tank, DL, and Nell and Tony, “Don’t let nobody kill me”
Cold-hearted woodland hills, stuffin’ that dick in Bundle Of Brittany
We had a real infatuation for one another, but no commitment
She know I was turned up with the Cartel and wasn’t agreein’ with how I was livin’
So she went, made the safer choice and had a baby with her new nigga
Now she say she made a mistake, deep down, her heart wasn’t really in it
We was laid up, I ain’t answer when they hit and lost the shipment
Poured my heart out, I may fly again, you hurt me, I’m out the picture
Stressin’ ’bout me during yo’ pregnancy, your baby now resemble me
Went home to sleep, deep down, there’s tension when you knowin’ that somethin’ missin’
Suck it up, put all my energy back in Islah and lil’ Killa
Took the blame in interviews and made it look like I was trippin’ 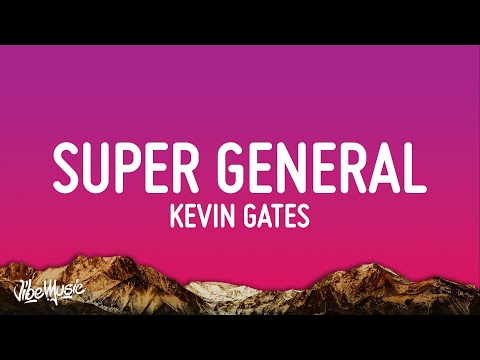