Home What If You Take ADHD Drugs But You Don’t Have ADHD?

Can ADHD meds like Adderall turn you into a better student with better grades?
Are Energy Drinks Really That Bad? M

Learn more about the interviewees featured in our video:
Gloria Joy Sherrod
/
t

*What are ADHD meds?*
Most ADHD drugs are stimulants. They stimulate and activate your central nervous system within 15 or 20 minutes of popping a pill. Caffeine is a stimulant, but ADHD drugs are a LOT more powerful. Like Adderall, which is one of the most commonly prescribed stimulant medications in the U.S. The active ingredient is a version of amphetamine, which has been around for decades.

*What is ADHD?*
ADHD stands for attention deficit hyperactivity disorder, and it’s one of the most common mental health conditions in people under 18. It’s like having 100 tabs open on your browser, but in your brain, so you end up paying attention to the WRONG stuff instead of focusing on what you actually need to get done. In the U.S., Adderall is the most common drug prescribed to treat ADHD.

*How do ADHD drugs help people with ADHD?*
A lot of it has to do with a specific neurotransmitter in the brain that you’ve probably heard of before – dopamine. It’s key when it comes to your brain’s reward pathways. When you have a normal level of dopamine hanging out in the synapses of your brain, you’re able to maintain motivation when you’re doing something you’re not interested in. But for someone with ADHD, there’s less dopamine hanging out in the synapses. So, there’s less motivation to get things done. To get that dopamine level up, there’s more of a desire for short-term rewards. ADHD meds work by helping dopamine to stick around longer in the synapses. For people with ADHD, they can stay focused and avoid distractions, and that can be a total game-changer when it comes to getting stuff done at school or at work.

*So what happens when someone WITHOUT ADHD takes an ADHD drug like Adderall?*
Many studies in the lab don’t show that people without ADHD get any boost to their cognition when they take ADHD drugs, but real-life situations like exams and writing papers haven’t fully been tested. But many studies do show that these kinds of meds make you think you did better than you actually did. And there are worrisome side effects that can hurt you long term.

SOURCES
Use of smart drugs on the rise

Just How Cognitive Is “Cognitive Enhancement”?
/>
About KQED
KQED serves the people of Northern California with a public-supported alternative to commercial media. An NPR and PBS member station based in San Francisco, KQED is home to one of the most listened-to public radio stations in the nation, one of the highest-rated public television services, and an award-winning education program helping students and educators thrive in 21st-century classrooms. 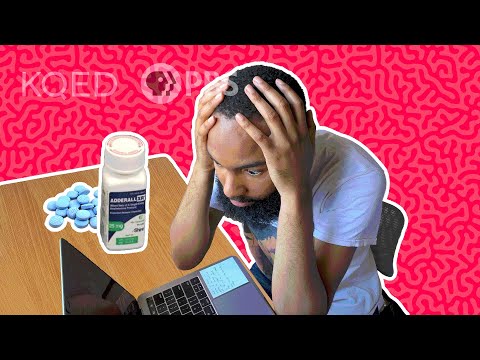