Home What Is Intermittent Explosive Disorder? Is It Just Being Angry?

What is intermittent explosive disorder and what we do about it? This video is based on a several viewer questions. Some of the questions were around distinguishing it from bipolar disorder. Others asked me to to talk about it because they were diagnosed with it and wanted to understand it. In this video I give an example of what the disorder can look like and review the criteria for intermittent explosive disorder.

A few commenters questioned if their anger could really be bipolar disorder. There is so much more to bipolar disorder than impulsivity and anger. In fact not everyone who becomes manic and impulsive is angry. I did a video breaking down the details of mania and hypomania so you can better understand the complexity of bipolar disorder. You can watch that video here: Y
But suffice it to say the anger outbursts that you get with IED are more extreme than what someone experiences with mania or depression. And you can have bipolar disorder and IED.

When does this happen? It usually starts in late childhood or early adolescence. It rarely starts after age 40. That doesn’t mean someone can’t start having a lot of explosive anger after 40. In fact there are medical illnesses like epilepsy and other brain disorders like a stroke that can cause personality changes that may lead to this kind of behavior. But in that case, it wouldn’t be called intermittent explosive disorder. It would be a behavioral disturbance due to the medical condition.

This disorder does run in families. So if you have a first degree relative like a parent or sibling with it, you have a greater risk of also having it.

What causes it?
We don’t know exactly, but people with IED do have abnormal functioning of the brain chemical serotonin and a hyper-reactive Amygdala. The amygdala is a structure in your brain that helps detect fear and threat level.

What do we do about it? the two approaches are therapy and medication. The therapy would focus on building skills and improving coping mechanisms. You would also identify triggers as best you can and then learning different techniques to process your aggression in a less destructive way. Medication can be the serotonin enhancing antidepressants like prozac or mood stabilizers. Some people have responded well with beta blockers like propranolol which are blood pressure medication that we will use in psychiatry for anxiety and impulse control.

The video on what mania and hypomania look like: Y

Want to know more about mental health and self-improvement? On this channel I discuss topics such as bipolar disorder, major depression, anxiety disorders, attention deficit disorder (ADHD), relationships and personal development/self-improvement. I upload weekly. If you don’t want to miss a video, click here to subscribe.

Disclaimer: All of the information on this channel is for educational purposes and not intended to be specific/personal medical advice from me to you. Watching the videos or getting answers to comments/question, does not establish a doctor-patient relationship. If you have your own doctor, perhaps these videos can help prepare you for your discussion with your doctor. 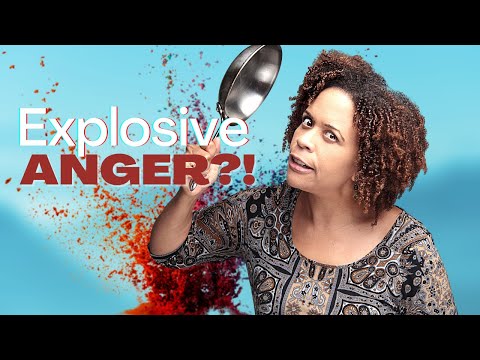